1. Acid is a street name for the compound LSD.

2. Acid’s effects include visual distortions and a “dreamlike” state for ~8-14 hours

The effects of acid include:

3. Acid can sometimes be “fake”

NBOMes are sometimes sold as acid, which is bad, because NBOMes appear to be dangerous compounds.

4. Acid and LSD are two words that are used to mean the same thing

See more at LSD vs Acid.

5. Bad trips do happen, though possibly not as often as you’d think

Granted, it’s important to note that this was in a research setting - if you’re taking acid and going to a haunted house, I’d imagine that much more than 9% of people on 75 micrograms of LSD would have a bad trip!

6. Acid has a good safety profile relative to other drugs 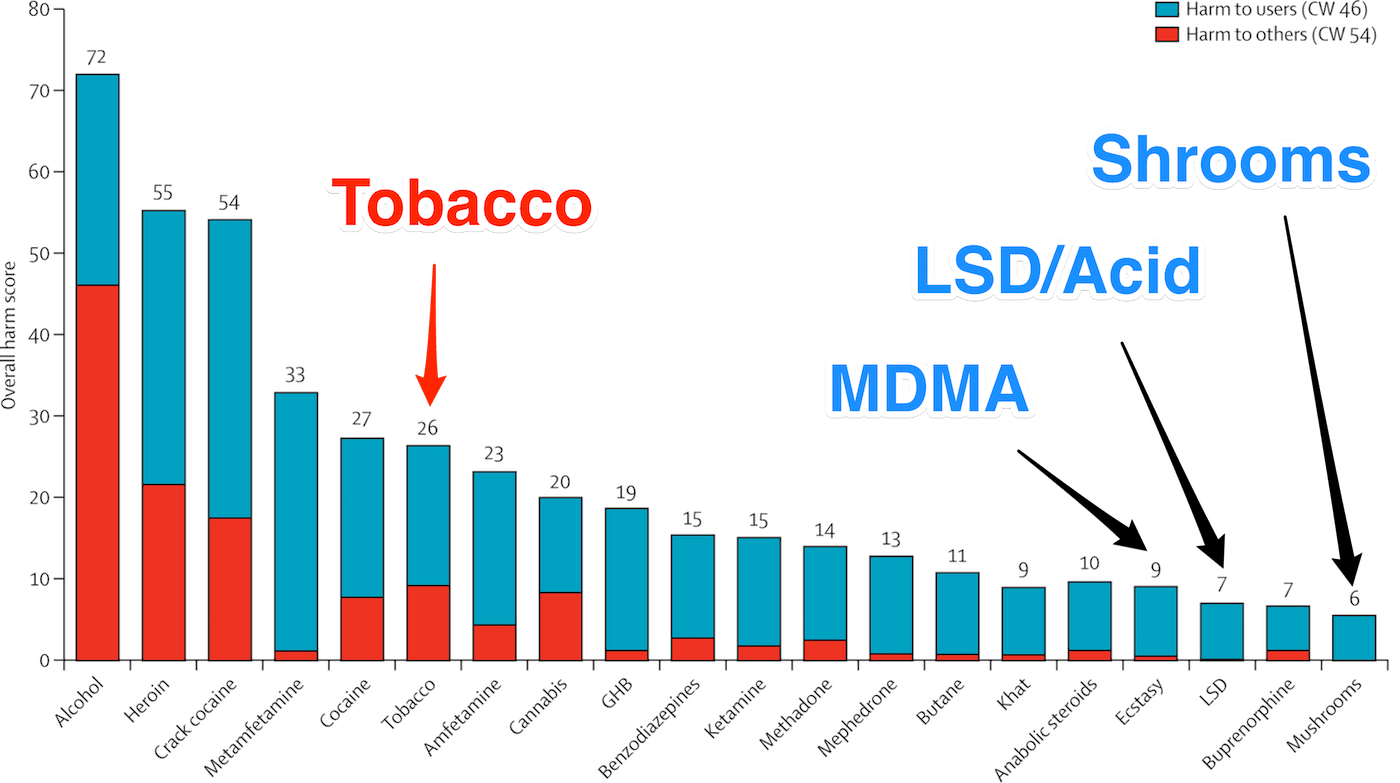 “This inquiry … indicates that with proper precautions [LSD and mescaline] are safe when given to a selected healthy group.”3

“A large number of previous human trials indicate that LSD [acid] can be safely administered within a research or psychotherapeutic setting.”1

“if you look at the literature with clinical use, both with psilocybin and with LSD, you see that those drugs can be administered safely in research settings.”4

7. The inventor of Alcoholics Anonymous believed that LSD had great benefits

“Some of my AA friends and I have taken the material (LSD) frequently and with much benefit,” Wilson told Jung, adding that the powerful psychedelic drug sparks “a great broadening and deepening and heightening of consciousness.”4